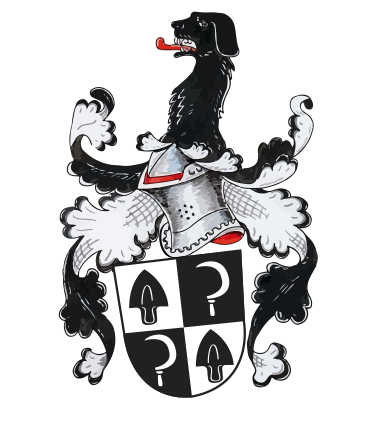 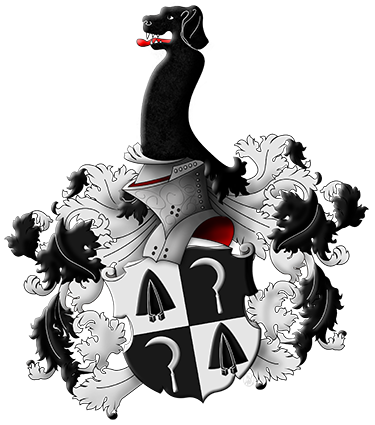 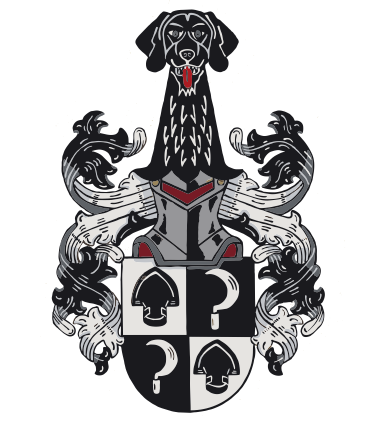 Square 1 and square 4: a ploughshare, square 2 and square 3: a sickle, all figures in inverted colours. On the helmet with black-silver blankets a growing red-tuned black bracken head.

The applicant and the remaining descendants in the male line of the progenitor Stephan Bauer (04.11.1581 - before 1644), as far as and as long as they still bear the family name of the founder of the coat of arms.
Registrations

The coat of arms was founded by me in 2013. It was created by the heraldist Mr. Mikuláš Krejčík z Radimovic. The second elevation was made by the heraldist Mr. Martin Knoch. Mr. Roland Tiedtke created the third outline. Basis was the paternal lineage, which goes back to the beginning of the 16th century.